The house is a 3-story rectangular building located on the corner of Sovetskaya and Kommunarov streets. The composition of the building is symmetrically axial, accented by a cut corner part. The architecture is saturated with pictorial elements. The relief decor of the walls is made of facing bricks, both ordinary and shaped. The decar of balcony fences and parapets is represented by bizarre cast-iron grates.

The cut corner portion is an input group. The main entrance is decorated with rustic archivolt with a castle stone and flanked by half-columns, and the doorway ends with a lunette. On the second and third floors there are balconies (the building has six balconies in total). The side entrance group on Kommunarov street has narrower doors of the same shape and finish, the vertical emphasis is supported by ribbon glazing of the second and third floors, inscribed in a high arched opening completed with a round auditory window.

Floors are horizontally separated by complex cornices. Vertical division is decorated with blades with caissons on the first floor, turning into paired half-columns on the second and shaped pilasters on the third one. All windows are in niches buried in the plane of the walls. Rectangular niches of the second floor are flanked by shaped half-columns, decorated on top with arches in the form of a three-part completion of palmettes. Arched niches of the third floor, in addition to figured half-columns on the sides, are decorated with arches with a castle stone on top.

Such a synthesis of diverse materials and jewelry is observed in eclectic buildings. At the same time, in the constructive and decorative plan, the motifs of the so-called. "Russian style." Therefore, the building can be attributed to the model of the "brick" style, recognized by many researchers.

Building No. 8, together with two neighboring 3-story stone buildings (No. 10 and 12) along Sovetskaya Street, seems to restore a fragment of an old street. These stylistically similar buildings were used as "apartment" houses, which vividly conveys the spirit of the era. The year of construction was marked 1894. Before the revolution, the house belonged to the merchant Leiba Mayants. On the ground floor on the side of Rumyantsevskaya street there was a gallantry shop of L. Pikus, paper by G. L. Ginsburg, wine by L. Mayants and the office of notary N.N. Terletsky; from the side of Myasnitskaya street (Kommunarov St.) there was an entrance to the 1st city school with 2-year pedagogical courses for teacher training.

Before World War II, according to the memoirs of Gomel old-timers, there was one of the city schools in the premises of the building, and the Promtovary store was on the ground floor. During the hostilities, the building was partially destroyed, then it was restored in 1950 as the Main Post Office. Later, during the restoration of the Rumyantsev and Paskevich Palace, the building temporarily housed the exhibition hall of the Gomel Regional Museum of Local Lore. Today, the building houses a post office. 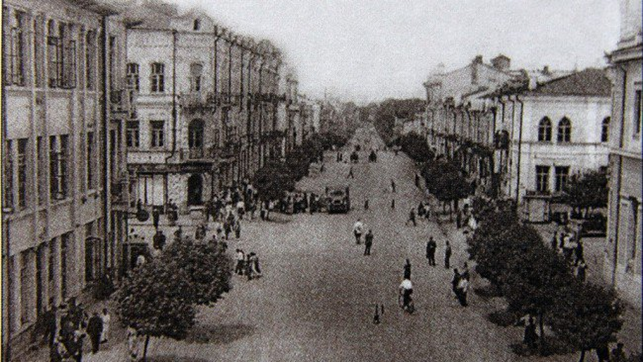 Corner of Sovetskaya and Kommunarov streets. Second on left is the building of the former apartment building of L. Mayants. Photo of the 1930s 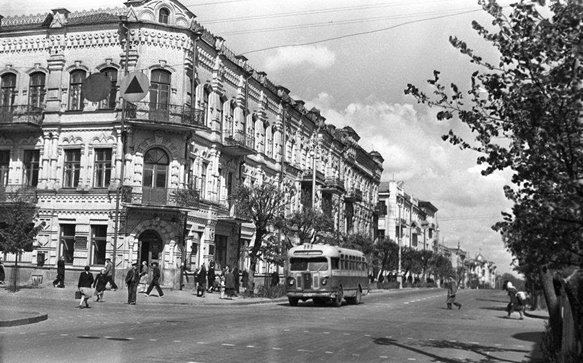 Corner of  Sovetskaya and Kommunarov streets. The main post office building. Photo of 1956 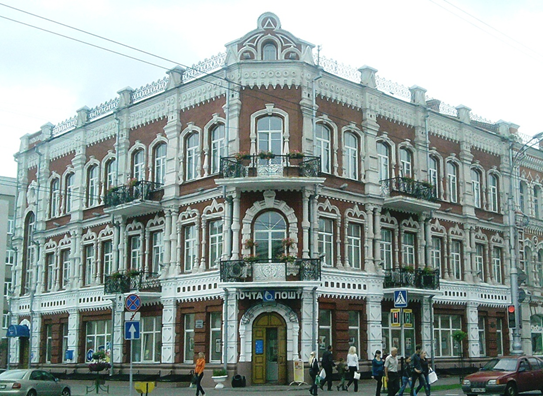