The building is three-storey, rectangular in plan. The volume is horizontally divided by jagged (between the first and second floors) and paneled (between the second and third floors) belts. The first massive floor is divided by hoods and contrasts with the second and third floors by the presence of large display windows in an arched frame. The windows of the second and third floors are decorated with casing made of pilasters with triangular sandrids. The main facade with the main entrance from the side of Biletskogo Street is marked with rusticated paddles. They are also used in the corners of the house. The building is covered with a hip roof with parapet posts connected by a metal fence. The internal layout is enfilade. Interiors are of no particular value.

The building of the factory Polespechat was erected according to the project of the Gomel architect Yevgeny Kirillovich Torlin in the 1880s. Initially, the city Duma and the government were located here. After the revolution, the nationalized building housed printing institutions, which on December 21, 1921 were united into the first state printing lithograph Polesskaya Printing (Pechat). From 1932-1933 the enterprise began to be called the Red Banner State Printing Lithography and the Polespechat kortonazh factory.

In 1935, the third floor of the factory was completed over the two-storey volume.

Since 1936, Timofey Stepanovich Borodin worked at the factory as an engineer, who during the years of the Nazi occupation created an underground group here. The enterprise secretly printed leaflets, pass forms and other documents for the people’s avengers. In memory of T.S. Borodin, a memorial plaque was erected on the factory building in 1970.

The name of the factory was retained until the collapse of the USSR, after which it was reorganized into the Republican Printing Unitary Enterprise Polespechat. Since October 7, 2004, the building houses the open joint-stock company Polespechat. Since 2012, the transfer of the main production to the site of the KIPUP Sozh, which was merged with OAO Polespechat in the same year.Today, most of the premises in the building are rented out. 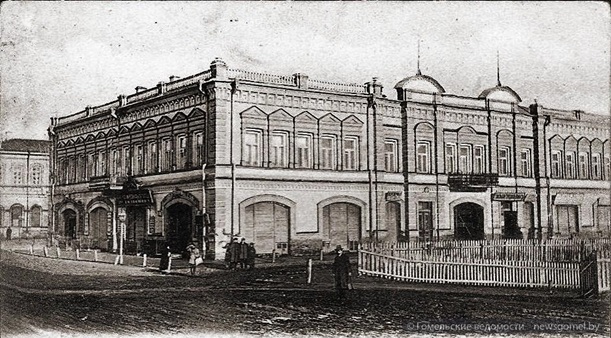 Rumyantsevskaya Street. (now Sovietskaya Street). The building of the City Duma.Postcard from the beginning of the twentieth century. 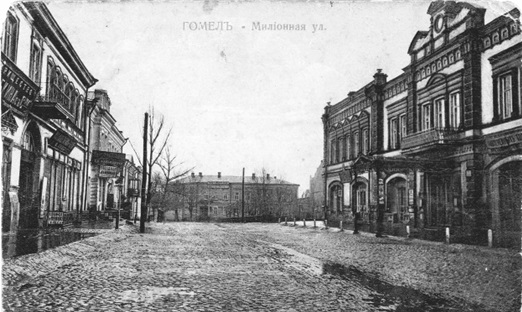 Millionnaya Street. (now Biletskogo Street). The building of the City Duma (right).Postcard from the beginning of the twentieth century. 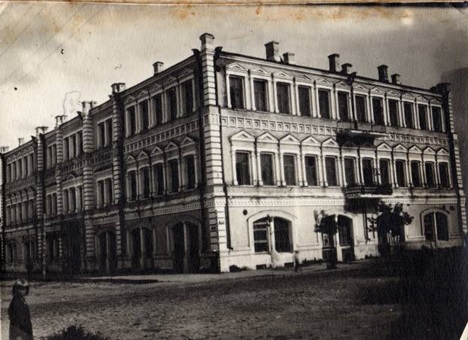 At the corner of Sovetskaya and Biletskogo streets. The building of the Polespechat factory. Photo of 1946.From the funds of the museum Gomel palace and park ensemble. 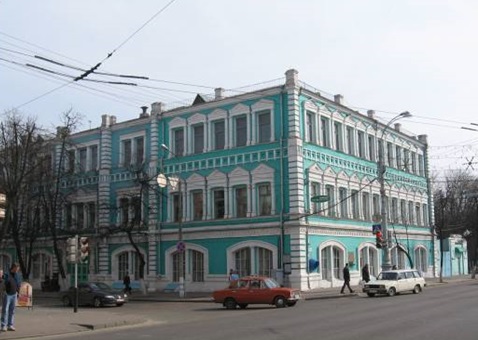