The building is a 3-storey L-shaped construction located on the corner of Sovetskaya and Krestyanskaya streets. The facade design has a very solemn arrangement. The walls of the first floor are decorated with rustic. The composition of the facade of the second and third floors forms the vertical rhythm of the pilasters (with rosettes made of 5-pointed stars on the boundary of the floors on Krestyanskaya street and maskarons in the cartouches on the level of the 3d floor on Sovetskaya street) and rectangular window apertures.The separation walls between the paired windows on the 3d floor on the side of Sovetskaya street are decorated in the form of hermas on a flat pedestal. Below the cornice and between the second and third floors there are string cornices of molded reliefs of classical ornamentation. The canted corner part is flanked on the second and third floors by cannelured half-columns with Corinthian capitals, emphathised by shallow risalites on two sides and completed with a complex attic. The front entrance is marked with risalite. The doorway is surrounded by half-columns with stylized ionic capitals. On the second floor above there is a balcony with a metal grid, with an entrance group in the form of a portal of ionic columns with a triangular fronton. The balcony in a sheared off corner is similarly decorated .The cornice under the roof has a complex profile and is decorated with dentiles and modillions. The interior layout is enfilade.

Sovetskaya (Rumyantsevskaya until 1919) street in the second half of the XIX-the beginning of the XX century became the main street of the city, on which his business and social life was concentrated. House№ 17 was designed by Gomel architect S.D. Shabunyevsky in 1912 on request of the merchant I.V. Dombrovsky, who it belonged to. The premises on the ground floor were rented by entrepreneurs H. Rozin (the haberdashery), L. Gabrielov (arms and musical instruments trade, etc.), Dubnov (the pharmacy), the second and third floors were occupied by the Gomel branch of the Vilnius Commercial Bank.

After the revolution of 1917, the building was nationalized and housed various administrative institutions. During the Great Patriotic War it suffered little damage, as evidenced by photographs and measurement plans made after the liberation of Gomel in 1943. In 1947, the monument was restored and then finished on the side of Sovetskaya street. In 1975, the building was extended to Krestyanskaya street, where house № 14, adjacent to it, was demolished. The main facades were decorated preserving historical style and composition. In the second half of the XX century, the building at different times was occupied by the Gomel Regional Committee of the CPB, LCYLB, the City Executive Committee. Now it houses the Education Department of the Executive Committee, the Department of Trade and Services of the Gomel City Executive Committee, an archive and a restaurant. 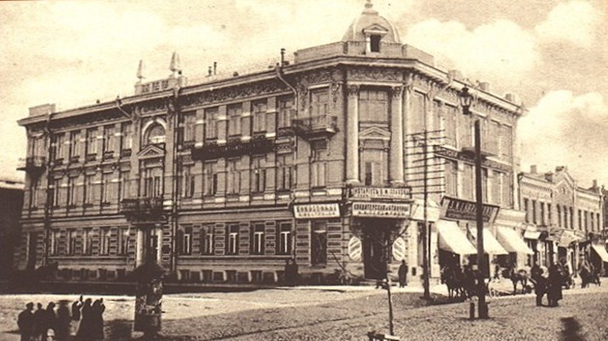 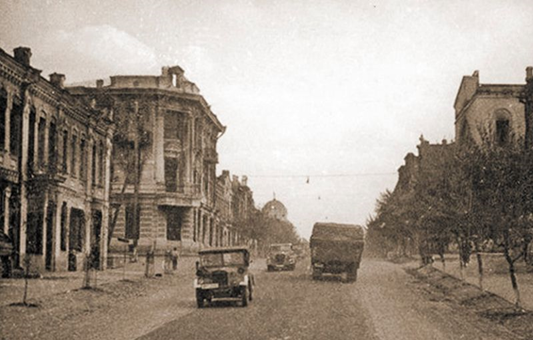 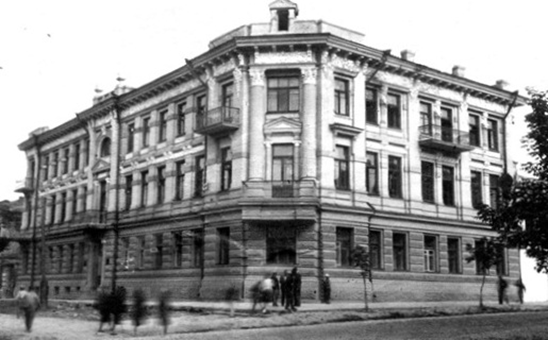 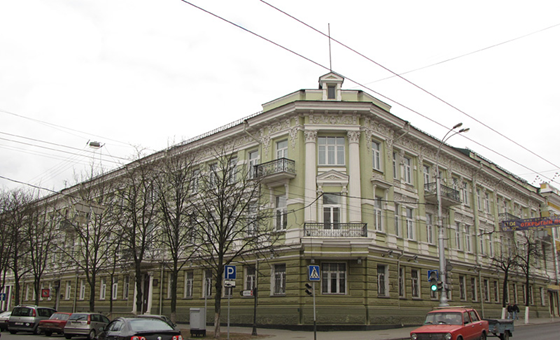