The composition of the building consists of a system of several dimensions, which are united by a stylobate (rectangular ground floor). Ticket offices, dressing rooms, grand staircases, backstage, office and support space are located here. The stylobate has tape glazed facades. The ring-shaped amphitheater dominates in the overall composition of the building. It has spherical dome and stand on the stylobate. The amphitheater has the arena, the bandstand and the orchestra pit. Seating capacity of the circus is 1856 seats. The amphitheater has the glazed lobby with a large roof terrace. The main administrative 3-storey building is connected by passageways with support facilities, which stretched in the opposite direction from the Sovietskasya St. side and form a patio.

Gomel circus performances were first mentioned in the second half of the XIXth century. They were held at Bazarnaya Square (nowadays Lenin Square). The first wood circus was built in Konnaya Square (in the Central Market area) by the entrepreneur I. Slobodov in the mid of the 1890s. It wasn’t very convenient, but was very popular among citizens. Sadly, the wooden building was destroyed in a fire in 1917.

New Economic Policy (NEP) has contributed to the development of the circus movement in the country. The new circus was built in Gomel in 1926 on Komsomolskaya St. (the area at 12, Lenin Avenue). The façade had wooden carved balcony. The balcony was used to drum up people from the street. The circus wasn’t heated and didn’t have dressing rooms. During intermission people went out into a narrow round corridor “promenoire”. Nevertheless, the circus had a capacity of 2000 seats. The building was given to the theatre in 1932 and burnt in 1941.

The building of the stationary circus began in Gomel in 1966. The terraced site adjacent City Square in Sovetskaya St. and Vosstaniya Square was chosen as a building area. The decision № 571 of Gomel City Executive Committee for leading in exploitation of the 200 seats circus was taken in 1972. The main project of the building by A. Kudryavtsev (Moscow) was taken again with modifications by M. Shulkmeister, Y. Motorin, S. Hinchin (Gomel). At the same time the square with the pool and flower beds was set up. The circus complex also includes numerous technical rooms, animal enclosures located in the courtyard and connected to the arena.

In 1992 Gomel circus was registered under the name “The entertainment and commercial complex “Gomel Circus”. In 2010 it was renamed as “Honourable Collective of the Republic of Belarus “The entertainment and commercial complex “Gomel State Circus”. The famous collectives of the former Soviet Union, near and far abroad have performed on the circus arena at different times. 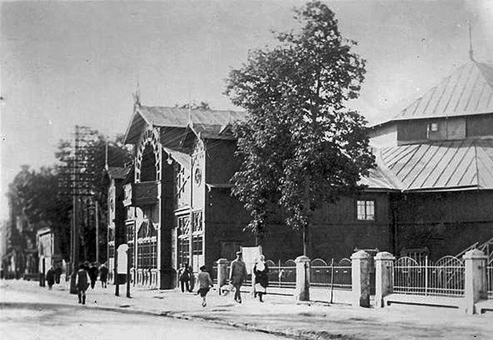 Komsomolskata St. (nowadays Lenin Avenue), the building of the circus. Photo of the 1930s. 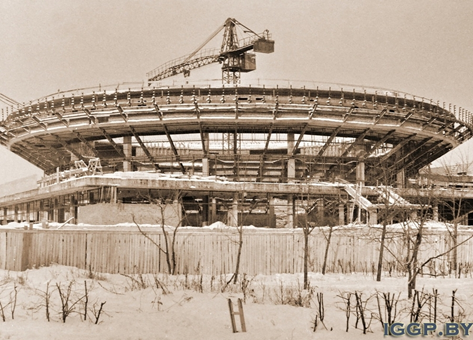 Sovietskaya St. The construction of the circus. Photo of the 1960s – 1970s. From the JSC “Institute Gomelgrazhdanproject” archive. 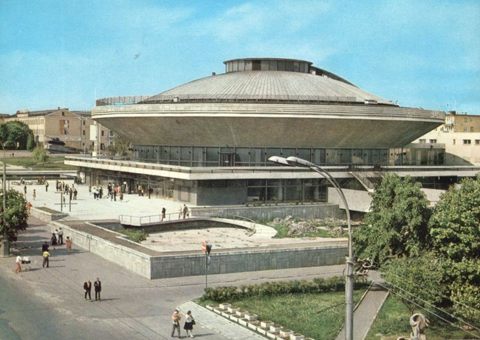