The style of urban development in the middle of the twentieth century was subordinated to the idea of ​ensemble which was especially noticeable on the central streets. During the construction individual projects were used on typical sections which were masked by the plastic solution of the facades. The style which at that time was entrenched in residential development was called historicism.

The 4-storey residential building No.21 in Sovetskaya Street has successfully blended into the ensemble development of the central street of the city. Together with the neighboring house No.19, it borders a common courtyard, the entrance to which is decorated with a front wrought-iron gate. The structure is U-shaped in plan and consists of a central volume flanked by symmetrical lateral projections.

The three-tier division of the facades of the central volume gradually lightens the wall at the top. The upper tiers are made using order and decorative plastics. The main accent is the decoration of the balconies of the second tier using blind lucarnes framed with ribbon floral ornament, Corinthian pilasters, figured modulons, and forged fences. Rusting on the first floor is more subtle than on the ground - it emphasizes the desire to lighten the facade wall. The decor of the facades of the risalits is built on the rhythm of large plastic elements (balconies with blind lucarnes and stucco decoration along the contour; pilasters decorated with medallions on the second floor). The main accent of the end walls is the finishing of the balcony of the second tier, which echoes the facade.

The decoration of the facades is completed with an openwork cornice made of rows of dentils, beads with coils, ionics, multilayer modulons with acanthus leaves, rosettes between the modulons, and a lotus-shaped ornament.

Unlike the main one, the courtyard facade is almost devoid of decoration.

The house at 21, Sovetskaya Street was erected in 1952, during the active restoration of the housing stock after the hard times of war. Gomel architect Chernyshov and engineer Prokopenko developed a project of a 4-storey residential building for 58 apartments for the workers of the Shipyard of the Verkhne-Dneprovsky river shipping company. It was based on the typical section of architect Kamish. There is a shop and utility rooms on the ground floor, there are storage rooms, a boiler room, a wood-burning room and a laundry room in the basement. The house had central heating (although there was a stove), telephone and radio, electricity and water, and after a while a sewerage.

At first the house was listed as number 29, but already in 1952 it was changed to number 21. Throughout the entire time, the building has been used as a residential building with shops and utility rooms on the ground floor. For quite a long time (until the 1990s) there was a shoe store No.2, a “Krugozor” store (books and magazines), a hairdresser. In 2002 “Victoria” stores (shoes), shoe repairs was opened. In 2007 a shop of perfumery and cosmetic products was opened, and in 2008 - a pharmacy. 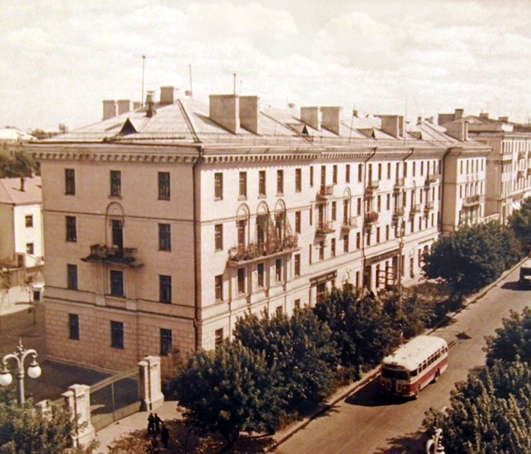 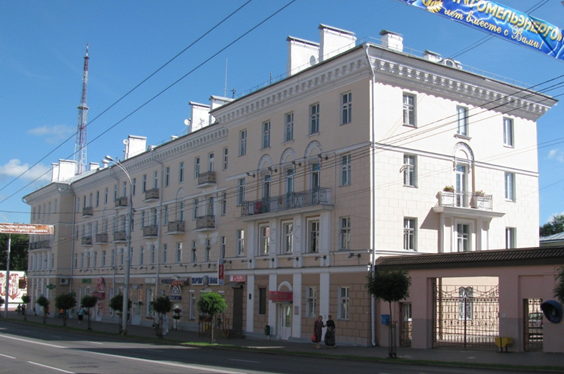